Home Uncategorized Yes, Even Remote Work Appears to be Partisan 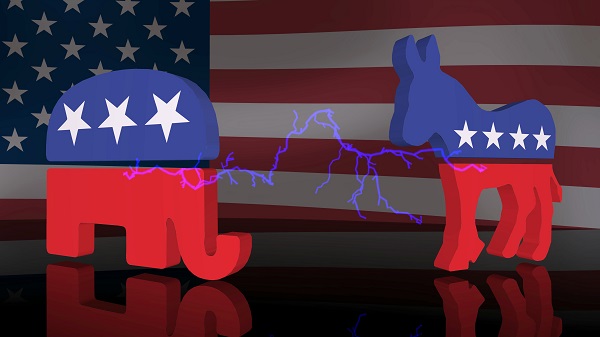 According to a story appearing on Vox.com written by Rani Molla, most Americans like remote work, but Democrats like it more, as Republicans are less likely to say remote workers labor as hard or harder than non-remote workers.

The conclusion is based on a new poll conducted by Vox and Data for Progress.

Republican respondents were less likely than Democrats to say remote workers were equally or more productive than non-remote workers (57 percent versus 71 percent).

The survey of more than 1,000 people was conducted online earlier this month and is weighted to be representative of the U.S. adult population.

Despite the differences between Republicans and Democrats, the high approval rate for remote work is a good sign for those who would like to continue working from home after the pandemic. Positive perceptions about remote work could help ensure its continuance — especially since workers and their employers have some disagreements about the future of remote work, Molla wrote.

The writer suggests the difference in responses between Republicans and Democrats may reflect the political makeup of remote workers. The survey sample size wasn’t large enough to accurately look at the political parties of those who worked remotely. However, the responses were equally positive among people who did and didn’t work remotely. That’s consistent with data from Boston Consulting Group that shows the majority of people, regardless of whether it was feasible in their industry, wanted to work remotely.

But, states whose voters lean Republican had a lower rate of working from home during the pandemic (30 percent) than Democratic states (35 percent), according to a study done by Stanford professor Nicholas Bloom, which measured the overall work from home rate at 33 percent from May 2020 to March 2021. The desire to work from home after Covid-19 was only slightly higher for Democrats (46 percent versus 45 for Republicans).