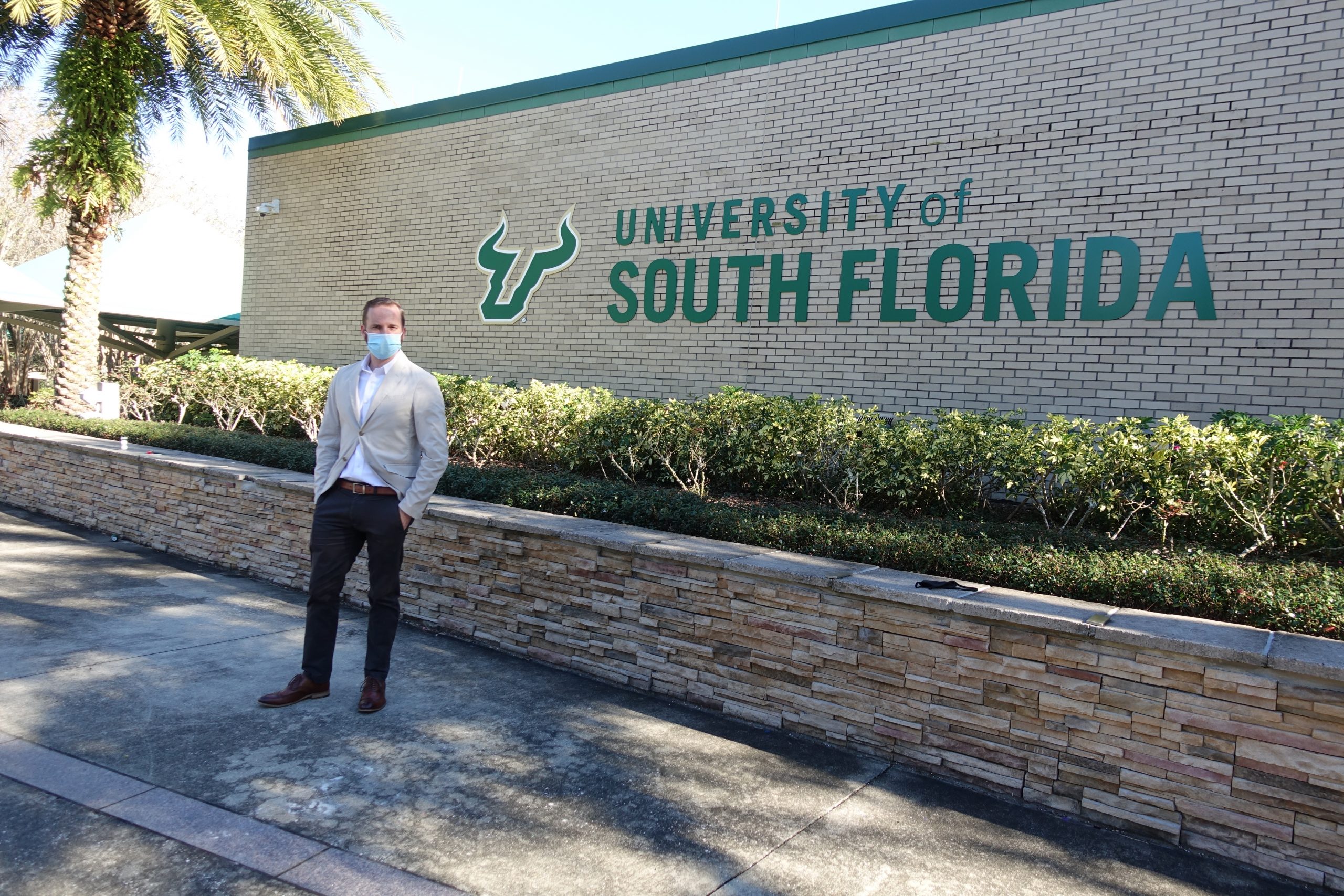 With a student population of almost 50,000 students across 14 different colleges, University of South Florida (USF) prides itself as being at the cutting edge of medicine, science, engineering, the arts and more. Early last year, USF’s IT team tested and subsequently acquired a Sennheiser TeamConnect Ceiling 2 (TCC2) system in one of its main conference rooms, moving one step closer to realizing its vision of having a microphone in every classroom.

Once the pandemic hit in March of 2020, the USF IT team — and by extension the entire university — was faced with a pressing need to make its vision of implementing a campus-wide, hybrid learning scenario a reality. Thankfully, the Sennheiser TCC2 which had already been installed in one of the campus’ high-profile meeting rooms, was delivering flawless performance — paving the way for the USF to greenlight a cost-conscious, campus-wide installation of TCC2 across 96 classrooms.

When COVID-19 hit the U.S. in mid-March, the USF IT team was forced to spring into action to ensure continuity of its classroom offerings: “The very first thing we did was get our entire team together so we could do a full inventory assessment of the campus,” explaind Michael Kraus (pictured), audio vision engineering & systems, USF IT. “We deployed emergency personnel on campus with PPE to document everything we had, and anything we didn’t have full information on.  Did a particular room have a PC and an instructor source? Or just a wall plate? Did it have HDMI, was it analog?”

By April, the USF IT team had a full assessment of classroom readiness, as well as a complete dashboard of what a hybrid solution might look like. This gave university leadership the information it needed to make a decision.

“We wanted a technology solution that enabled full student participation for both online and in-person,” said Kraus. “Noah [Kessler, technology & systems manager, USF] came up with a design for about 700 rooms of what could be done, how much it would cost, and what it would look like to achieve this new definition of ‘flexible hybrid technology’.” 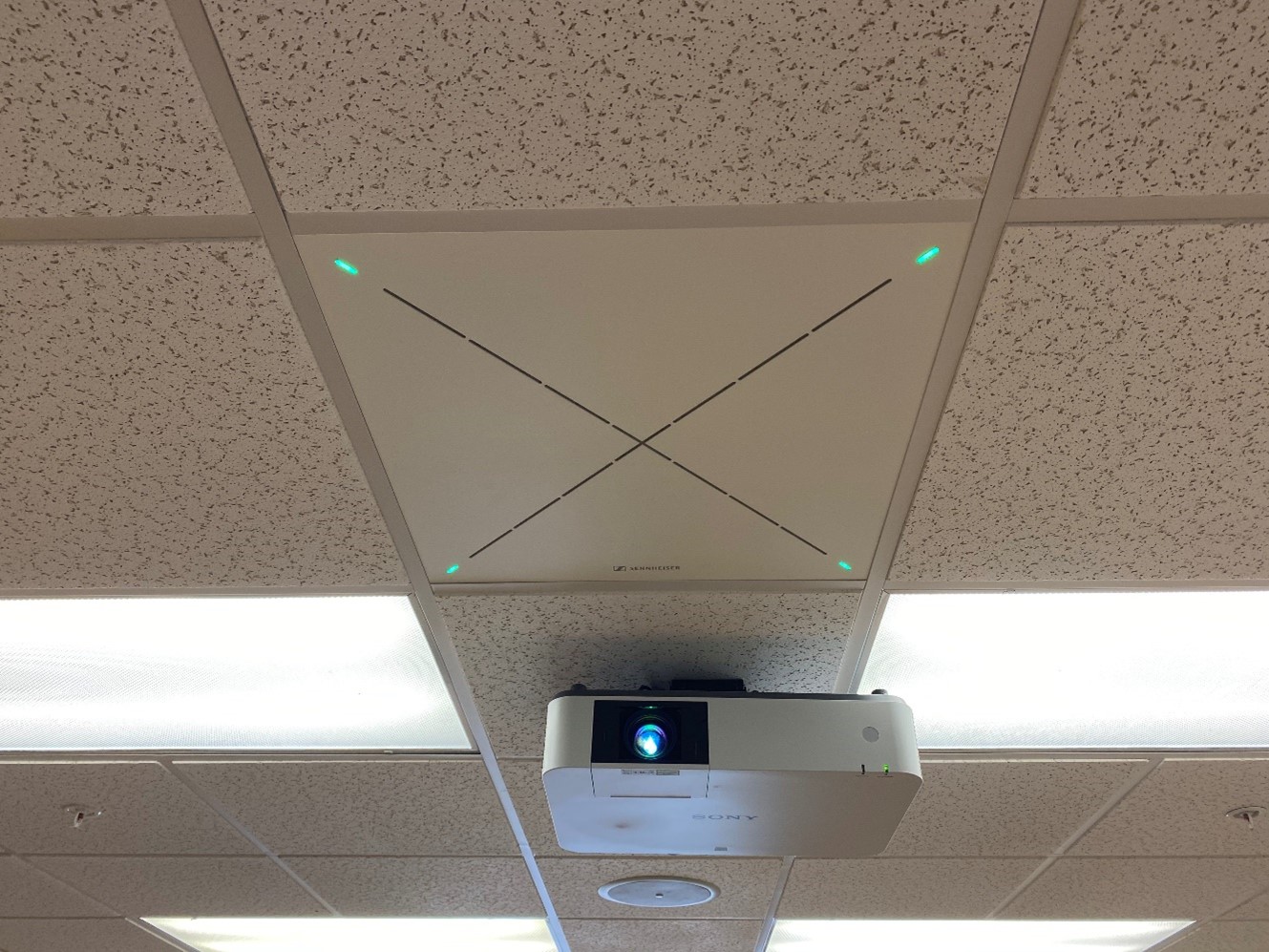 “We always wanted to be able to mic an entire classroom, but until then didn’t see a solid cost-effective solution,” Kessler explained. “When I saw the Sennheiser TCC2, we were eager to test it with a couple of rooms and experiment. Andrew [Kornstein, customer development & applications engineering, Sennheiser] brought it by and we installed it in one of our conference rooms. During the testing, we walked around the room to evaluate the quality of the microphone before jumping headfirst into this project. We knew we had a cost-effective solution.”

Once the scope of work and design phases were completed, the physical deployment took just three weeks. Working with the full support from Sennheiser, USF’s team of IT and AV experts engaged integration firm AVI-SPL to assist with the installation. Jake Gilray of AVI-SPL recalled: “Mike [Kraus] called and said, ‘We’ve got a pretty big project and we will need a super-fast turnaround.’ The project entailed outfitting 96 classrooms across 17 buildings, and we had to have everything completed before classes started in the Fall semester.” The USF commissioned design called for both in-person and online students to engage within the classroom, using a camera and the TCC2. Gilray rallied his team at AVI-SPL to accommodate the compressed time frame. 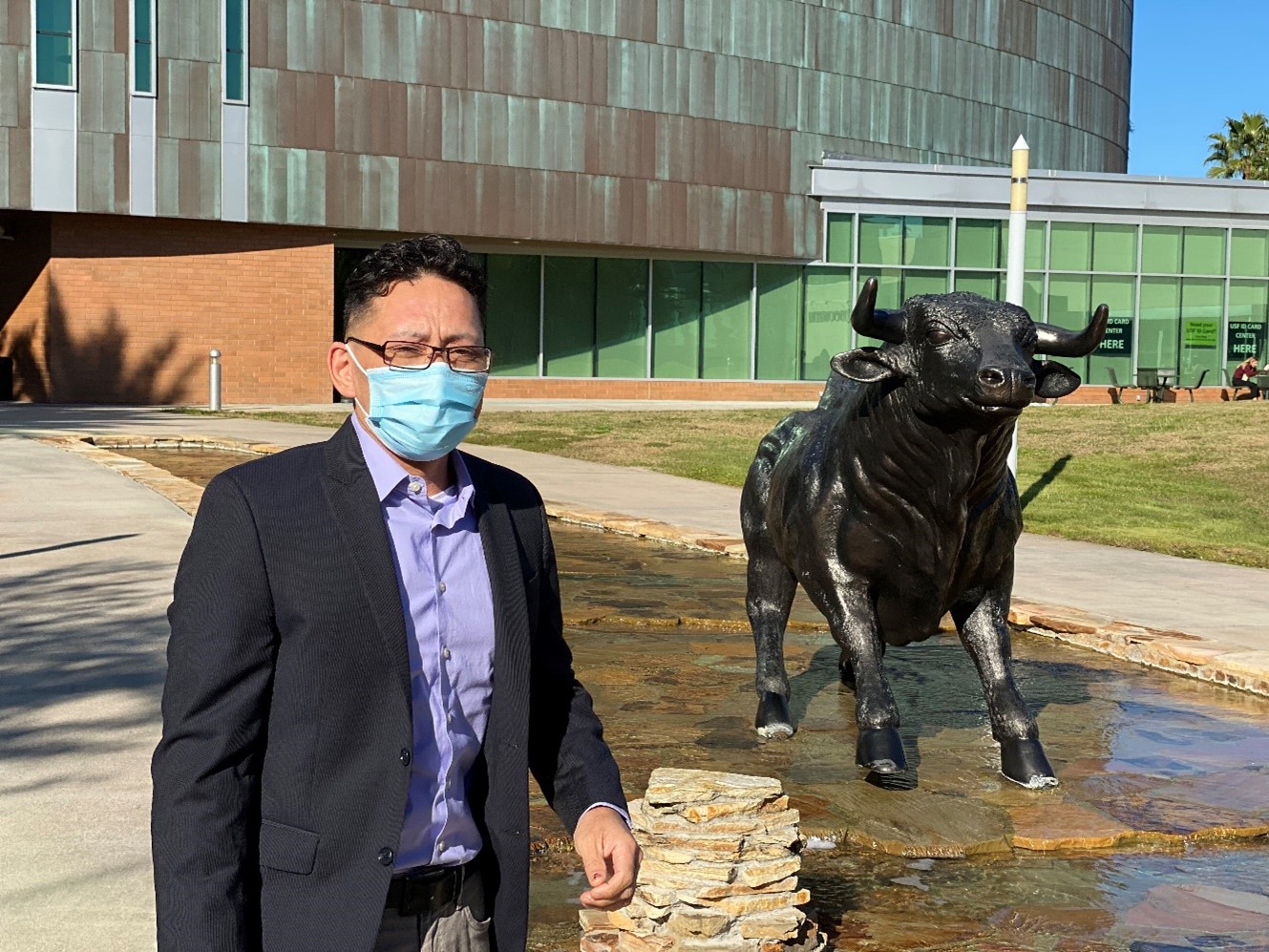 “USF staff are team players,” said Gilray. “They take a collaborative approach to each project and communicate regularly with their partners. After we received the brief from USF, we understood what they wanted, and knew we could handle their requirements on deadline.”

“Our team has deep experience with deploying solutions that require a high degree of technical expertise,” said Gilray. “What makes the TCC2 different is that it was efficient to install. This enabled us to quickly and confidently deploy the TCC2 in each classroom and help meet this project’s fast turnaround time.”

USF’s IT team appreciated TCC2’s ability to handle different audio sources, making it a nimble solution that could play nicely in almost any audio infrastructure. “For the most part, most of the signal routing was pretty straightforward,” said Kessler. “Typically, we would take the analog out, connect this to our Crestron processor and then back out of it. If it came to needing more mics, we could integrate other Crestron USB mixers, or alternatively send signals straight into the computer using a Dante USB adapter. That’s the beauty of this system, because some competing units only offer Dante connectivity, or in some cases just an analog out. These limitations would have made the project a lot more difficult.”

In addition to the TCC2, which handled all the audio signals, each room was outfitted with an audience cam and a professor cam. 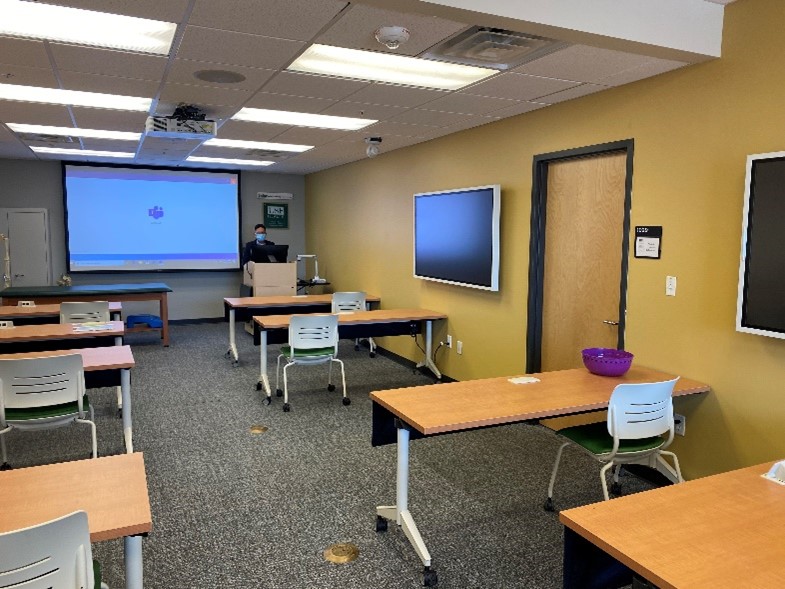 Each of the 96 classrooms in USF’s recent integration was outfitted with a Sennheiser TeamConnect Ceiling 2, audience cam and a professor cam (Photo courtesy USF).

Once all the TCC2 units were installed and tested, they performed as expected. “Sennheiser means quality when it comes to a microphone in my opinion,” said Kessler. “What really impressed me though is how well the product worked out of the box. Hang and bang, tweak a couple settings and then you are off to the next room. As far as performance, the audio is very clear and I really like the fact that you can create exclusion zones in two dimensions in case you have noise from an HVAC system or something — this is very exciting.”

Not surprisingly, the IT team at USF collects and shares product feedback with its peers at other prominent colleges across the nation: “I have heard numerous colleges state that having installed Sennheiser’s TCC2, it is nice to not have to worry about the mics,” stated Kraus. “The ability for a professor to walk into a room, not have to put a mic on and just focus on what they need communicate to the students is extremely valuable.”

Kraus added that since the hybrid system with TCC2 has been installed, classes are moving ahead strongly, and the team routinely meets to discuss any necessary tweaks and changes. “This is a living system, and we are feeling like we are taking all the right steps — particularly with TCC2.”

USF is confident that its TCC2 installation will continue imparting value to staff and students — not just during the pandemic, but well afterwards: “That was part of the original discussion,” said Kraus, “whether we could use all this equipment post-COVID. We know we will be able to use all these systems and it is a good future investment.”

As a point of added value, many professors are using TCC2 to capture high quality recordings of their lectures, said Dominic Cesario, lead audiovisual project manager, USF. “Since the pandemic started, we have been encouraging instructors to use the recording capability within our videoconferencing software, and the mics in TCC2 allow for high quality audio capture.”

Kraus remained enthusiastic about the performance of Sennheiser mics — and the TCC2 systems across campus. “We have already included Sennheiser microphones in all future standard classrooms, regardless of whether or not they have flexible hybrid requirements,” he concluded. “Regarding TCC2 itself, I’ve done demonstrations for other universities as recently as last week, explaining to them that this has now become our classroom standard.”