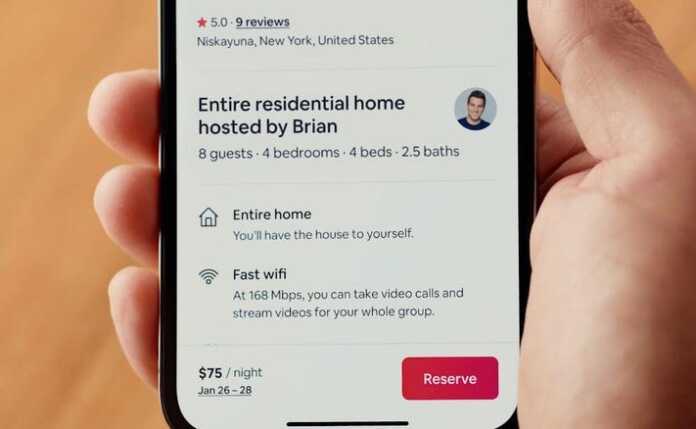 As remote work remains entrenched in the second year of the CIVUD-19 pandemic, rising demand for flexibility in Airbnb listings prompted the platform to allow bookings a year in advance and introduce a feature to verify Wi-Fi speed.

The Wi-Fi tool is one of several innovations Airbnb announced at a briefing where Chesky spoke. It allows hosts to test their internet connection via the app and have its speed verified.

“With this upgrade, guests can be confident that they won’t miss a Zoom or be unable to binge-watch a series,” said Chesky.

A third of South Africans respondents in a consumer survey commissioned by Airbnb indicated they would consider living somewhere different from where their company is located and travelling occasionally to their company’s office. About 90 percent of respondents said flexibility when booking had become more important.

“The ‘live anywhere’ travel revolution is here to stay. Guests on Airbnb are spending more on longer stays now than at any point in Airbnb history,” Chesky said.

Airbnb was founded in 2007 and has since grown to 4 million hosts, with some 1 billion guest arrivals in over 220 countries and regions across the world.

Globally, long-term stays have become the platform’s fastest-growing trip length and 20% of the nights booked on Airbnb from July to September are stays of one month or longer. Filters for day-to-day amenities, such as Wi-Fi, pets and kitchens are among the top used by long-term stay bookers.

In the past year, more than 100 000 guests have stayed continuously on Airbnb for at least three months.

Long-term stay searches for listings with Wi-Fi and pets-allowed have increased by 270%. This year alone, guests on Airbnb have used the wifi filter more than 288 million times.